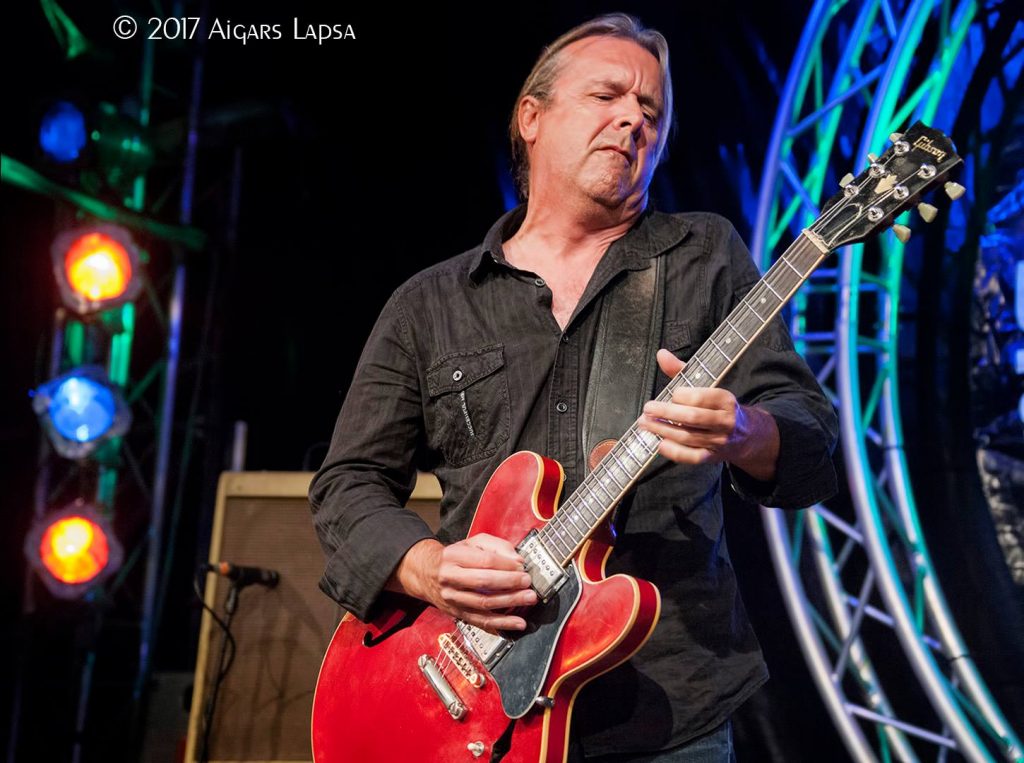 Andy Egert is one of the hardest working bluesmen of Switzerland and all of Europe and has earned a hight reputation during the last 30 years. Presenting blues at its best and in the tradition of his great heroes Freddie King, Eric Clapton, Alvin Lee, Johnny Winter, Robert Johnson and many others.

He has taken a lot of time to work on his seventh CD and to pick the right songs – and he did! “Andy Egert Blues feat. Bob Stroger-Live” presents him again as outstanding guitarist, harmonica player and singer in its best way and he confirms his position as one of the leading blues artists in Europe !

Mainly influenced by the best Chicago-Texas and British-Blues Tradition, Andy Egert works in the classical trio line-up and covers fascinating classics from Johnny Winter, Freddie King, Robert Johnson, Alvin Lee, Canned Heat, Otis Rush but also presents some self penned songs.
The band line-up gains additional attention by the help of such superb artists like the legendary bass player and singer Bob Stroger, who comes out of the heart of the Chicago scene and also singer/guitarist Dallas Hodge and the late Robert Lucas (vocal, harp, guitar) both former member of the legendary Band, Canned Heat !

Live-Blues-Power, „Made In Switzerland“ but ready for the world. The new CD will be supported by extensive touring activities.