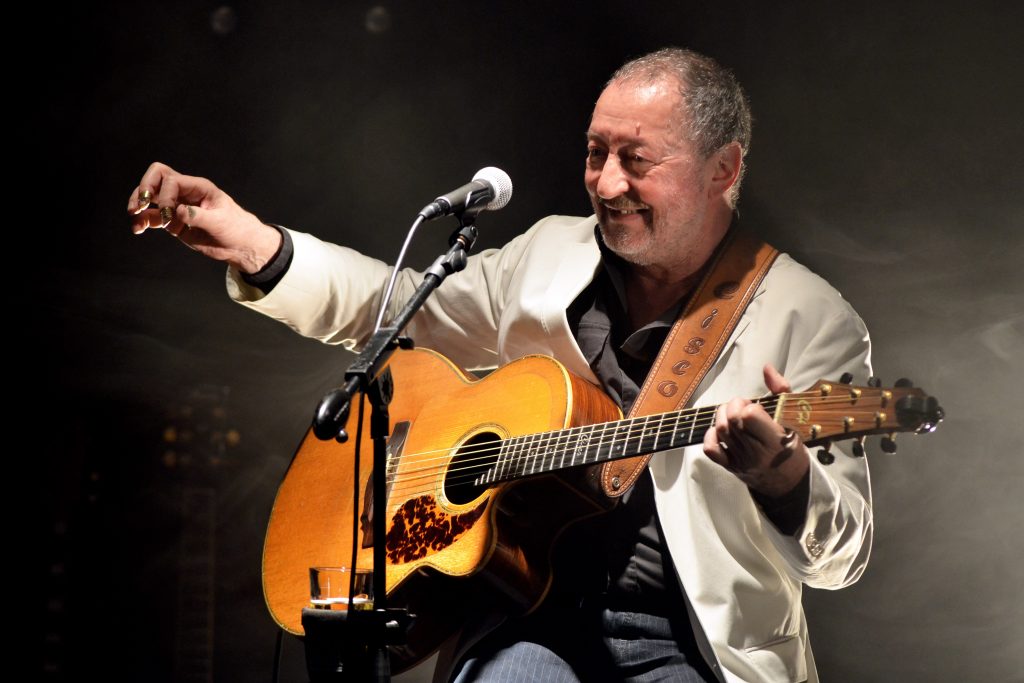 Cisco Herzhaft is regarded as one of the last authentic acoustic “blues pickers, getting his inspiration from Big Bill Bronzy, Doc Watson or John Lee Hooker with whom he played in the sixties. He has developed a very personal acoustic folk blues music, a
perfect mix of crazy ragtime and low down blues.
The quality of his music, the originality of his composition, his well-known energy as well as his passion for music have made him one of the most acknowledged and wanted professionals of the blues scene.

Mingo Balaguer was a member of the legendary “Caledonia Blues Band” for ten years. While playing with this band, he performed with outstanding musicians such as Hubert Sumlin, Johnny
Winter and Magic Slim, among others.
As a member of “Caledonia Blues Band”, he was required to play
in emblematic places as Chicago (July 1994), Hannover and Hamburg (November 1995). In early 2000, Mingo Balaguer founded “The Blues Blasters”, and a year later the company Big Bang from Granada, released their first CD “Keep The Blues Alive”.
Mingo Balaguer had the great opportunity to make a two weeks tour with “The Blues Blasters”, along the east coast of the United States (Washington DC, Virginia, Maryland and Baltimore), highlighting the concerts at Kennedy Center Millennium (Washington, D.C.) on July 25, 2002, and at the 2002 Artscape (Baltimore) on July 27, 2002
After his experience in bands like “Caledonia Blues Band”, “Blues
Machine” and “Blues Blasters”, Mingo Balaguer took the decision to lead a four-piece band called “Mingo & The Blues Intruders”.
His proposal tries to include a great variety within the field of the blues, and he had decided to create a repertoire influenced by styles ranging from the West Coast blues to the pure electric Chicago blues, the Jump blues or the Texan Blues style.
In March 2008 was released their first CD and vinyl, called “Goin
‘West” and later in November 2010 the companies “Cambaya / Karonte” released the second CD of the band, called “Fun To Visit”, a CD recorded completely live at the Cambaya blues club.
This last CD have been produced by the legendary Mike Vernon, the famous British producer who has produced the majority of the British blues bands and a large number of American artists of this genre such as The Bluesbreakers, David Bowie, Duster Bennett, Savoy Brown, Chicken Shack, Eric Clapton, Fleetwood Mac, Peter Green, John Mayall, Ten Years After Freddie King, Lazy Lester, George Hca. Smith, and many more during the 60’s.